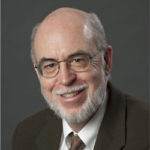 David Watters
David was chair of the Strafford County Democratic Committee prior to his election as a State Representative in 2008. As a State Rep, David fought for education funding, economic growth, environmental issues, and marriage equality. When he was re-elected in 2010, he worked to balance the state budget with no new taxes while preserving essential services. When he was elected State Senator in 2012, David vowed to restore civility to Concord. Watters established himself as a pragmatic leader willing to work across party lines to bring people together.
Go to David Watters’ website » 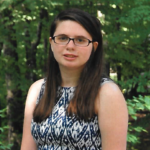 Cassandra Levesque
Cassandra’s civic involvement began in childhood. A daughter of a U.S. Air Force Veteran, honesty, integrity and patriotism have been the foundation of all she does. Cassandra has worked for years as an advocate to raise the New Hampshire marriage age to 16 and in 2018, she saw three bills pass both the NH House of Representatives and Senate working towards this goal. Now in college, Cassandra has expanded her goals to include veterans affairs, education and trade schools, preserving our natural resources, and much more. Read Cassie’s Palm Card »
Learn more about Cassandra on Facebook » 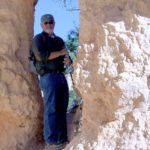 Matt Towne
Message from Matt: My life has been about alleviating human suffering. As a nurse I managed an ICU/CCU, as a safety director for a major cooperation I was the Safety Director, as a Peace Corp volunteer as a 50+ year old adult I tried to forestall an environmental disaster in Jamaica. As an industrial safety consultant I tried to prevent injuries. My new aspiration is to help create approaches that foster long term solutions to vexing problems. I know we can make better decisions for the environment and our collective health.
Learn more about Matt on Facebook » 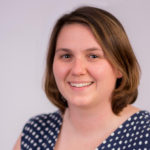 Amanda Gourgue
Amanda Gourgue has over twenty years of experience within hospitality and nonprofit organizations. Currently, she is an Executive Director at Belknap Mill Society and recently received her NH Real Estate License. Amanda has a Bachelor’s of Science degree in Hotel/Restaurant Management from Johnson & Wales University, a Master’s of Business Administration degree with a focus in Sustainability from Antioch University and a Masters of Environmental Law and Policy from Vermont Law School. In addition, she is a board member with New Hampshire Association of Conservation Commissions, Chair of the Lee Democratic Committee, a member of the Lee Conservation and Agricultural Commissions and serves as a State Representative for Strafford County, District 25 (Barrington/Lee).
Follow Amanda on Facebook »